Welcome to the most widely recognised Agile training programme. This has been offered by Scrum WithStyle for over 12 years!

There are many imitators but this is the original Scrum certification course with accreditation from the most influential professional development body that was founded in 2001 – Scrum Alliance. With the largest network of professional Scrum practitioners in the world, it is the most established certification organisation in the Agile community.

Become a Certified ScrumMaster if you want to understand what good Scrum is and how you can play your part in the Scrum game effectively. Also to prepare you to take your first steps into the challenging but very rewarding role of ScrumMaster.

What is CSM Certification?

The CSM certification is a globally recognised accreditation established in 2003 by Scrum Alliance. It has since become the most popular and recognised Agile training offering worldwide. After completing the required pre-reading, the CSM training course is the second of three steps in gaining the CSM accreditation from the Scrum Alliance. The final step to become a Certified Scrum Master is to successfully complete the CSM certification exam. For further information on Scrum framework or CSM exam, see the official resource. This Scrum Master course may qualify Project Management Professionals (PMPs) for 14 PDUs as approved by the Project Management Institute (PMI).

About The CSM Certification Course

Our Certified ScrumMaster (CSM) course is an intensive deep dive into the world’s most popular Agile method: Scrum. It is an immersive learning experience emphasising hands-on participation through a mix of interactive seminars, group discussions, team activities, games and role-plays.

Although CSM is likely to be your first Scrum certification, we use highly immersive adult learning techniques such as visual modelling, simulations, role-plays and ‘Training from the Back of the Room’ activities to enable self-directed learning and enhanced retention.

This course is organised and run using Scrum as a management framework. This allows for feedback and flexibility as well as experiencing Scrum in action throughout the course.

What Others Are Saying About This Course?

Rowan Bunning is an excellent and experienced trainer, with years of real life experience in the development and Scrum processes. This was very apparent in the level of training that our CSM course group received at Scrum WithStyle.

Learning within different non work groups was a real eye opener as it gave me an insight into how other companies develop and work within the Scrum Agile framework. It was very different to how the company I work for has implemented the Agile framework.

Rowan was an expert at getting everyone in our training course engaged and collaborating in the learning process. It was a real facilitation success, and I could see everyone gained a better understanding of the course material. 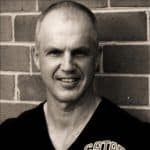 I have attended trainings for, and cleared SSYB, ITIL, PMP, PRINCE2 but I have to say that this particular training by Rowan Bunning is BY FAR, the BEST experience for me, mainly because of how Rowan keeps you engaged throughout. Rowan really explained concepts again and again and in detail.

I’m amazed at the effort you have put in (in terms of handouts, charts etc. too) for this training and how energetic you are. 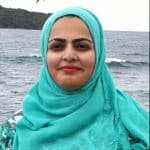 First of all, let me thank you for the wonderful engagement and education for the last two days. You certainly lived up to your reputation in the market as a Scrum/Agile Coach. I thoroughly enjoyed it and look forward to using it in our workplace and drive Agile from a strategic perspective. Thanks a lot for your course materials and the class slides. 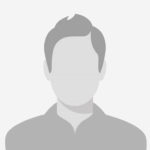 Amazing course. It has got so many things to learn from which can be useful for future growth. Must recommend. 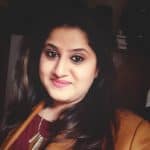 A really great insight and hands on training into Scrum, what it means and how it applies in the workplace.

Learned many new things in this course and would definitely recommend to others who would want to pursue their career as a Scrum Master. 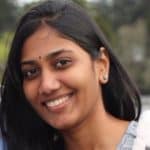 I want to thank Rowan Bunning CST from Scrum WithStyle and the team at Equinox IT for the Certified ScrumMaster course. As I have never been in an online classroom environment, I was a little sceptical approaching the course but Rowan Bunning CST made it effortless for us. Really excited to complete the certification and looking forward to using the knowledge as I head into my new role. Great stuff guys!!!

Scrum WithStyle’s CSM is up-to-date with the latest learning objectives that were published by Scrum Alliance in early 2020, see below:

Why Get Scrum Certification With Us?

Who Should Attend The Course?

Rowan Bunning is a pioneer of Scrum in Australia. He became one of Australia’s first Scrum Masters in 2003 when he led an organisation-wide Scrum + eXtreme Programming adoption.

He was hired by the United Kingdom’s leading Scrum consultancy in 2007, working as a Scrum Master to recover a challenged project and take it to a successful launch and subsequent business profitability.

Rowan has been delivering Certified ScrumMaster courses since 2008 in Australia, New Zealand, Asia and the USA making him one of the most experienced Scrum trainers in the Asian region. Many participants on Rowan’s courses are referred by word-of-mouth by our alumni. 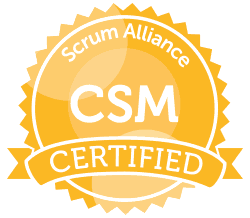